UPDATE! – 21 August 2017
After some readers enquired about the origin of the enzyme in the Raclette cheese and I managed to get hold of the owner of the stall at the market and he has given me this update. The Schardinger raclette cheese contains animal rennet, thus its not suitable for Halaal or vegetarian customers. All the other cheeses used at Raclette are from Klein River, which is Halaal certified.

Move over V&A Food Market, the new Mojo Market is set to steal some market share in the 7 day a week food market scene. Capetonians may be rolling their eyes at another new market but this one has several great reasons to head out to the Point. 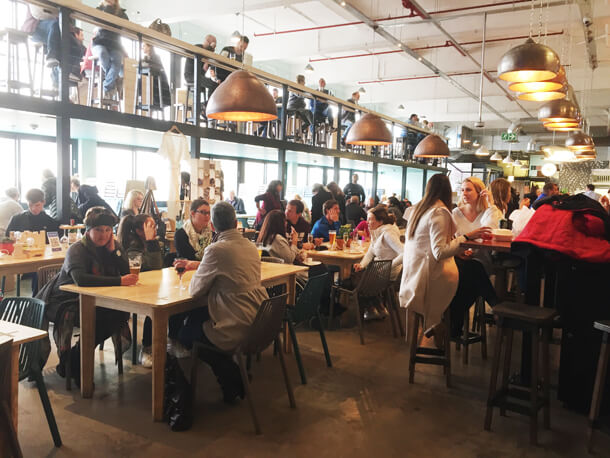 Open all week you can pop in anytime for a bit of a foodie fix. While it is touted as a food market it is also home to local crafters and tradesman. Some beautiful handmade leather goods, jewellery and locally made clothes were on sale amidst a variety of interesting food stalls. There is everything from oysters, to shwarmas, fish and chips to chicken wings and boeries to ice cream. And something for the sweet tooth too with at least 2 dedicated coffee spots at either end. 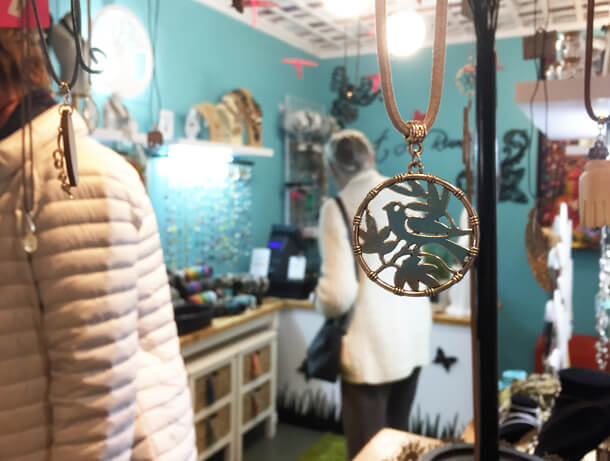 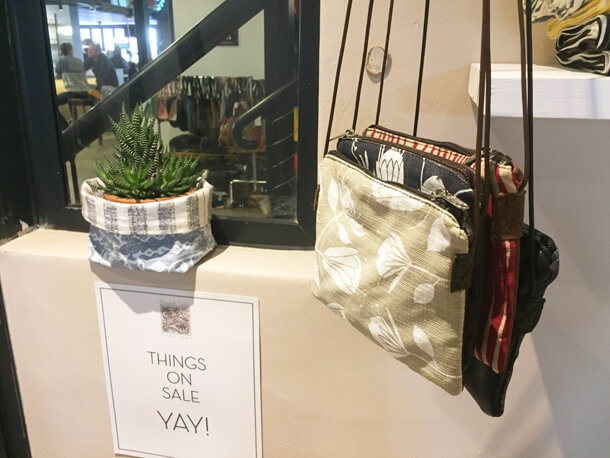 The halaal offering was a bit thin but not absent. 2 Stands were halaal certified, Meat Up and B&R Biltong, and at least 2 others told me their meat  was from halaal suppliers. Raclette, both the name of the vendor as well as the dish they specialise in does not serve any meat at all. I was intrigued by the dish and the way it is served and decided I had to try it. I love all things cheese so I was really an easy sell. When I saw it’s a plate of fried baby potatoes covered with melted swiss cheese with pickled gherkins and onions on the side it was really a no brainer. It simply had to get in my tummy. Besides, check out this video of how it’s made. Who wouldn’t want some?

We added the steak roll from Meat Up, one of the halaal vendors which does a variety of meats on long rolls, some fish and chips and a freshly made health juice of coconut water, pineapple, mint and lime from the Beet Box and headed to the upstairs seating area on the mezzanine as downstairs was pretty full already with the lunch crowd. The raclette was a lovely subtle dish, the cheese mildly flavoured and lightly dusted with just paprika and black pepper. At R80 some would say overpriced but I enjoyed it and would have it again. The pickles added just the right touch of zing to this dish. The steak roll I found a bit bland and the sweet potato fries were not seasoned. Will need to try one of the other options next time. Average price of R65. The fish and chips were exceptional. Perfectly cooked and crispy batter with chunky fries for R75. The juice was good, but at R62 I was not that impressed. I was very tempted by the sushi which looked great but they have an option that is topped with bacon so I passed. 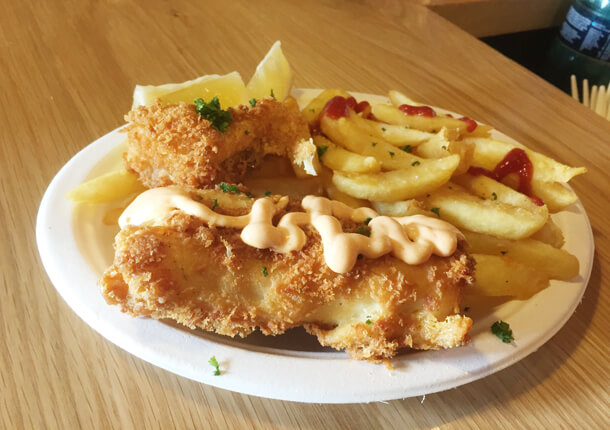 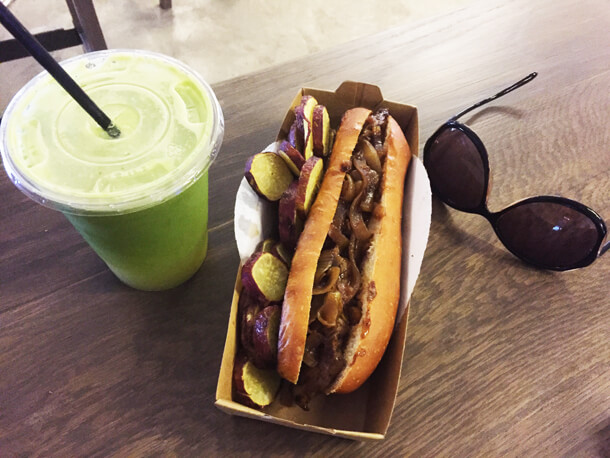 The mezzanine where we sat is also a gallery with artwork from local artists adorning the walls. You could take in the vibe from the top and listen to the sweet sounds of the live singer on the small stage downstairs crooning tunes in the style of the inimitable Stacey Kent. It’s busy but the vibe is quite relaxed and we didn’t have to fend off hordes of people when ordering our food either. While the market is quite family friendly we noticed more than one dog while we were there. Pet people may want to skin me but I would prefer no dogs especially at an indoor food market. If you want to park off with your laptop, we saw plug points at some spots where you can plug in and still get some work done. There’s some quiet little nooks if you look around.

There’s an old school organic grocer, a small artisinal bakery and a butcher (not halaal), so you could even stock up on some pantry essentials if you need to. 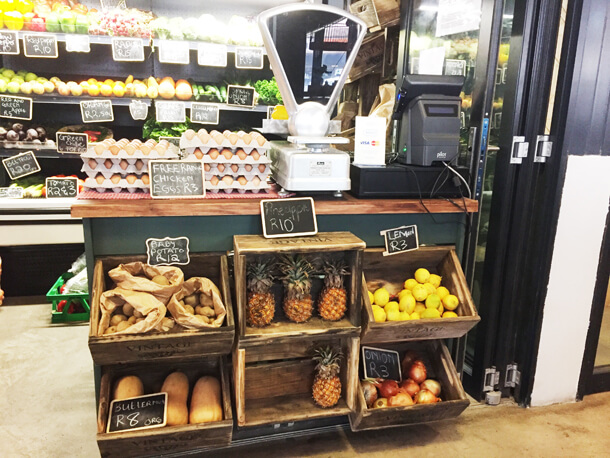 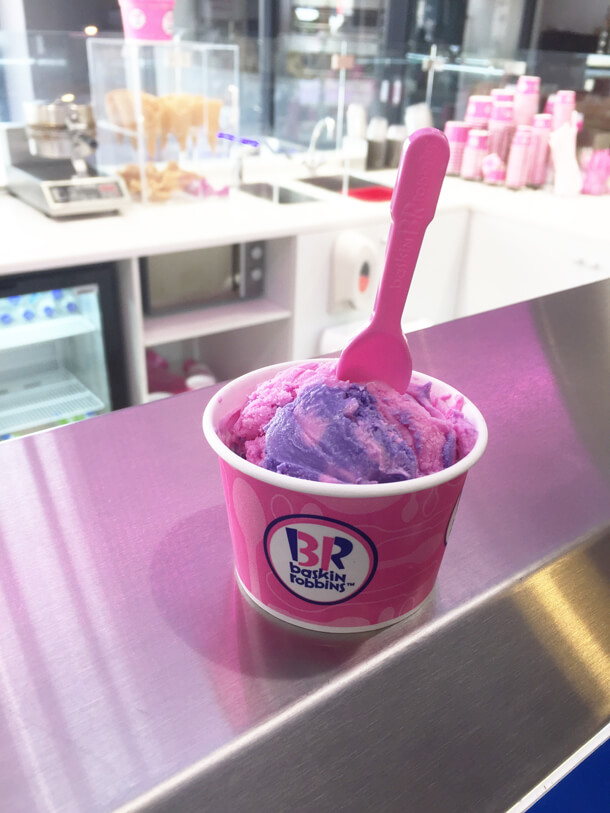 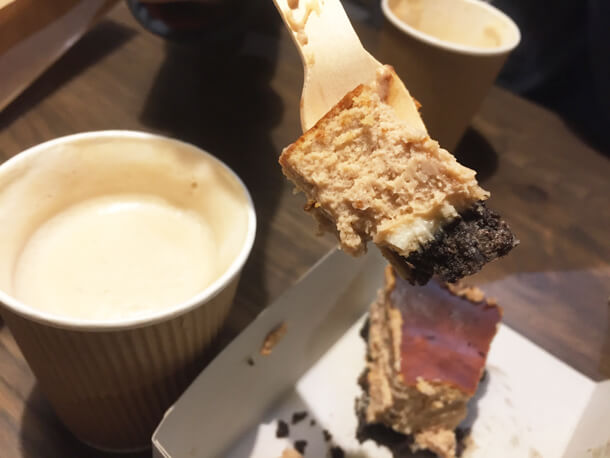 We wrapped up with a Baskin Robbins ice cream, this store being the only one that felt a little odd and commercial in the market, but made my 4 year old super happy and cappucino and cheesecake from the coffee spot in the corner. Excellent coffee that even Bootlegger across the street would find hard to beat and an Oreo Cheesecake that was so good it drowned out the surge of cholesterol through my arteries.

The market is located on Regent road adjoining the Mojo hotel and it has a view of the ocean from the downstairs booth seating area. So grab a table if you’re there for a great late afternoon sunset view. 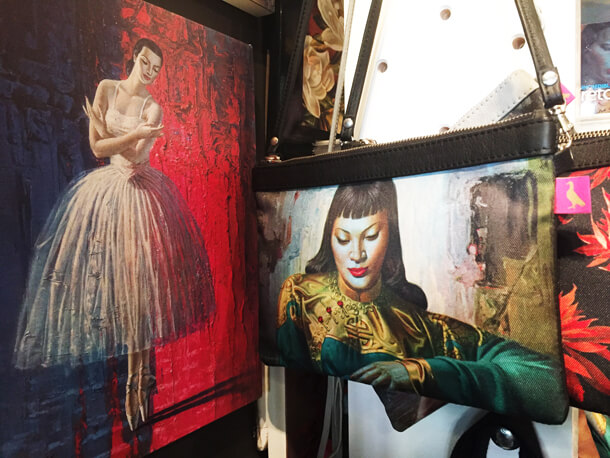 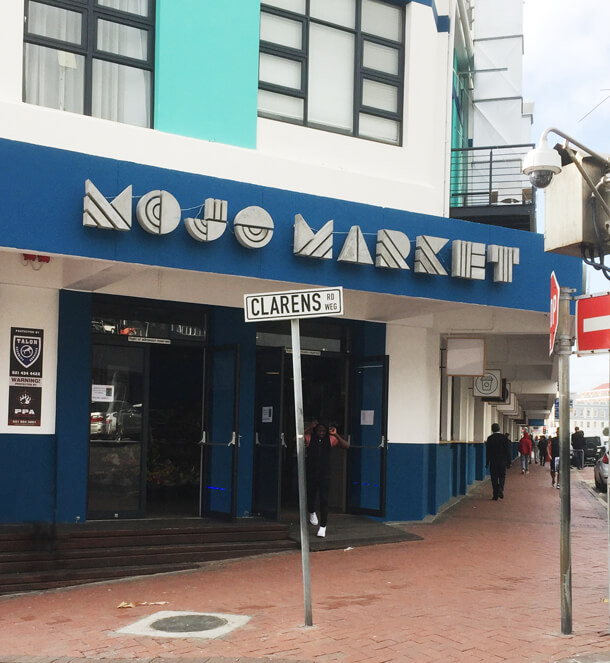 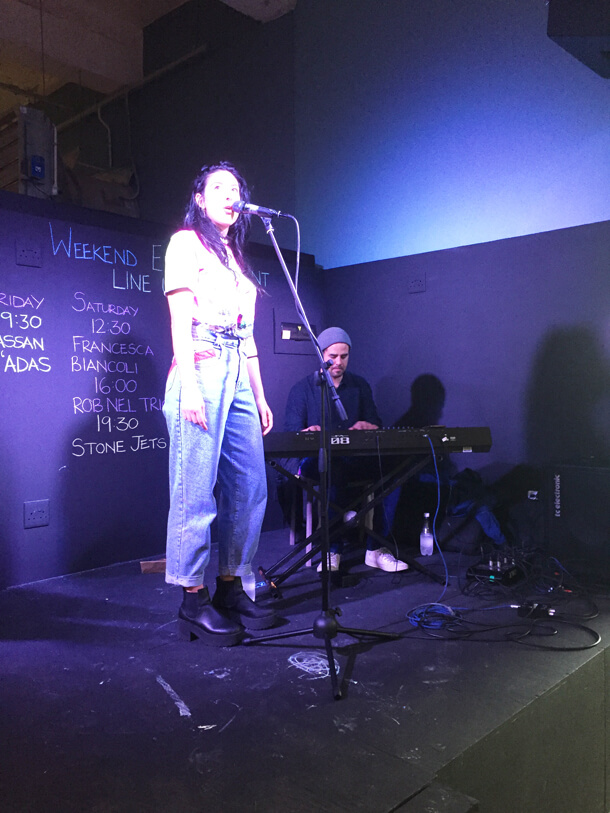 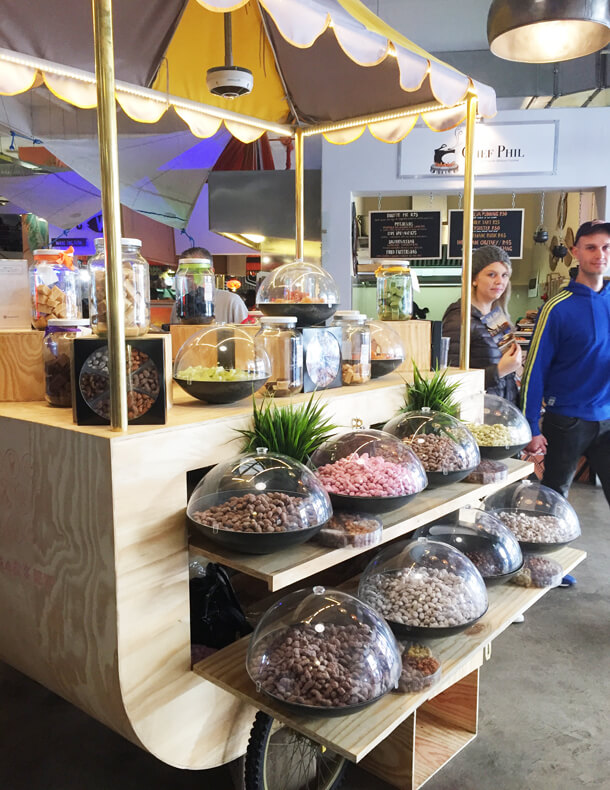 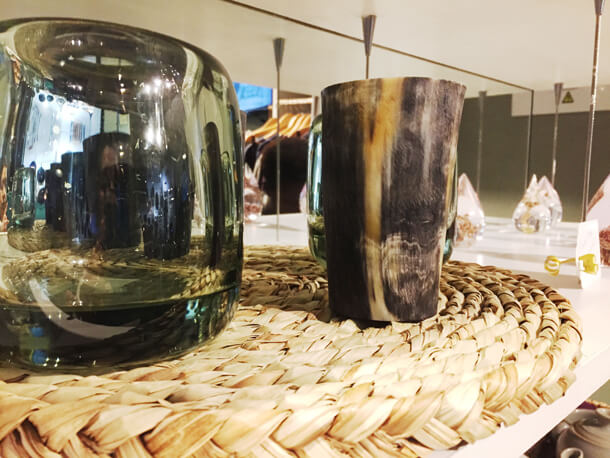 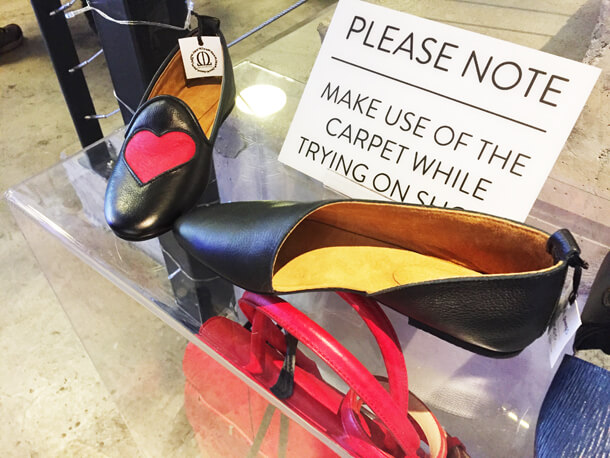 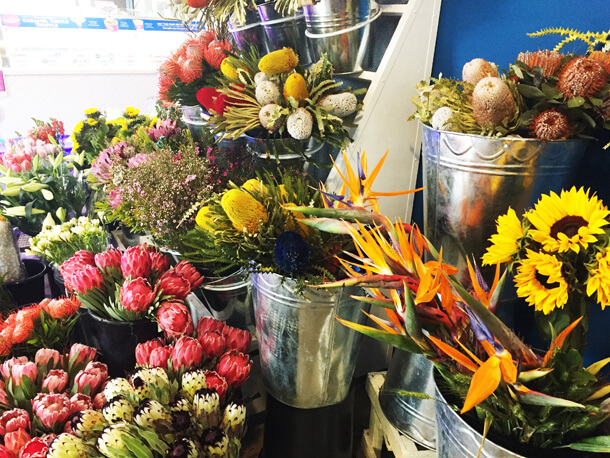 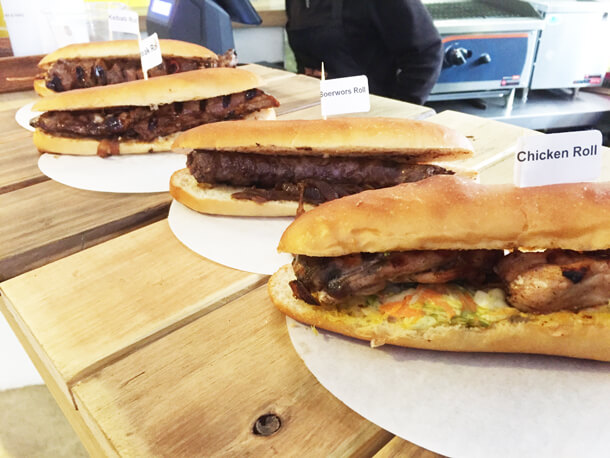