Durban is a surfer’s paradise and has always been known for its warm water beaches, tropical climate and for being the home of Indian food in Africa. But Durban is not merely a cliché of bunny chow and curry. We discovered a variety of cuisines on our trip there last month.

Heading there from Cape Town at the end of February, typically the hottest part of the year, I was expecting Durban to be a tad uncomfortable weather wise. Humidity and me are not great friends. Suffice it to say my hair took the brunt of it. I looked a complete golliwog the entire week long trip. However, aircon in our hotels and car made the rest of the stay quite comfortable.

Durban is a smaller airport compared to Cape Town International or Oliver Tambo International in Johannesburg. So landing and getting to the car hire is quick. But then waiting to be attended at same took forever. I wish they would figure out a system that would make collecting a car at the airport go quicker.

Once we were out of there my trusty Maps App on my iPhone was great at navigating us to Umhlanga which was a scant 20 minute drive from the airport. Navigation apps on smartphones have made the Garmin rather obsolete nowadays. The landscape against the highway is lush and made up predominantly of rolling green hills and tropical vegetation. Until you hit the seaside town of Umhlanga, and enter an affluent metropolis of highrise hotels, trendy eating places and designer boutiques. Town feels like an inappropriate word now for how much it has grown. 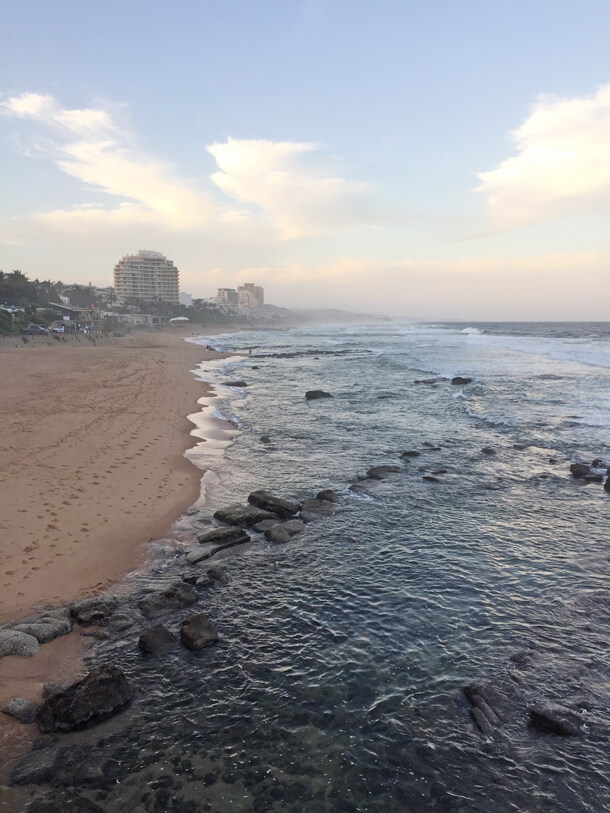 We had booked into the Umhlanga Sands resort for the first half of the week. Check in was busy as many holiday makers are booking in on a Saturday. But once checked in we were able to relax in our very comfortable and newly re-furbished 4 sleeper apartment. It is semi self catering and designed to make maximum use of the small space. As you enter a tiny kitchenette and 2 single sleeper beds occupy the front of the apartment. A small passage with the bathroom leading off it leads to the main bedroom which is spacious with a King size double bed and round dining table for four. A consol and small couch at the sliding door complete the décor. We did not have a balcony not knowing we had to request it prior to our visit. So please do so if you’re booking this venue. 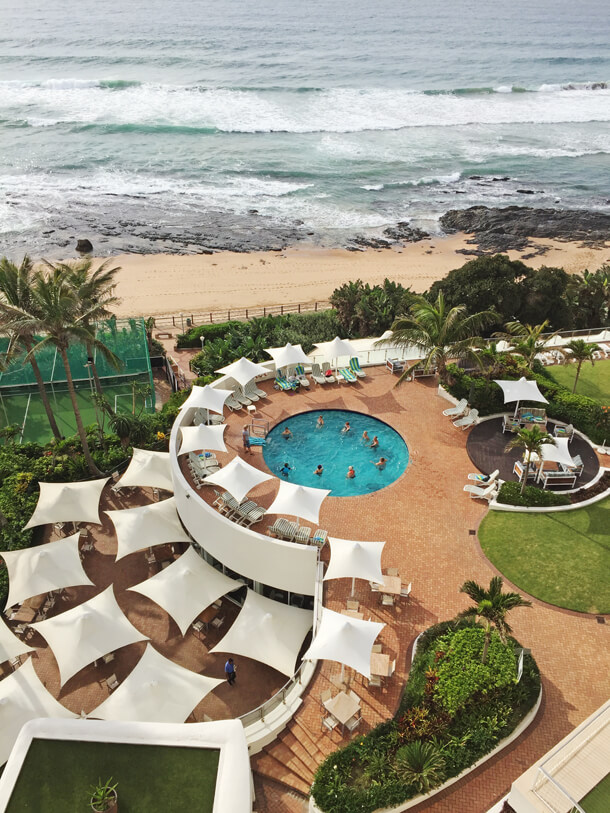 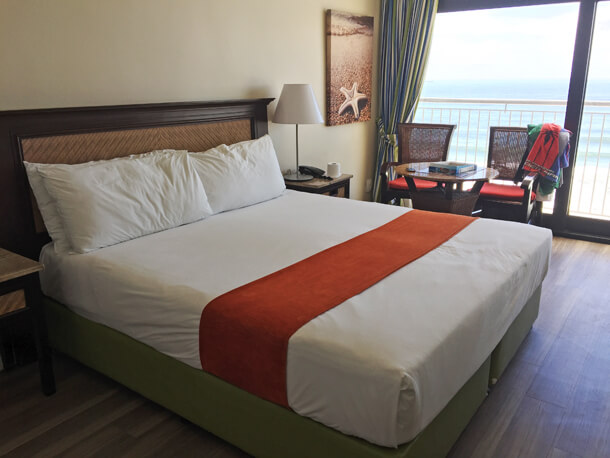 The resort itself is very family friendly. The lobby area felt fresh and looked like it had been recently revamped. They have 2 restaurants on site, a Spur and an Italian place called Mastro. The Spur was not halaal and Mastro said their meat was from a halaal supplier but also had bacon on the menu. There were quite a few other Muslim families at the resort, and I think a halaal restaurant would be a valuable addition. They have a games room with planned activities during season times for the kids as well as a planned program of activities for the adults as well. The family pool is well attended by staff for your needs and includes a water slide for the kids on one side. There is also an adult pool on a different level for over 18’s only. One of the family activities was a braai afternoon where people could bring their own meat and braai at the pool area. The hotel had made a separate braai available to the Muslim guests.

Umhlanga is home to the Gateway Theatre of Shopping, one of the biggest malls in Africa. We stocked up on essentials here and were quite excited to discover a halaal Adega, well known for Portuguese and seafood. We wasted no time in having a delicious and rather expensive seafood lunch within hours of arriving in Durban. A full review of our Adegas experience can be found here. Gateway has several halaal options including My Diner for Indian food, Jmos for pizza, Sugarlicious for ice cream macarons, and most places in the food court. It is vast and undergoing renovations to expand even further, so expect to walk a lot. In the town itself there is a halaal Simply Asia, an Rj’s at Umhlanga Plaza and a Plan B Dessertery which is in the first stages of going halaal. 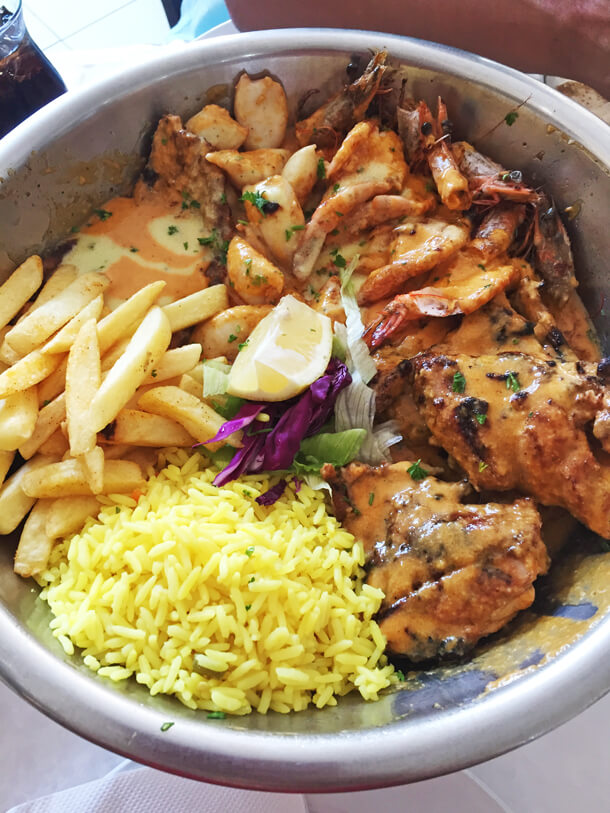 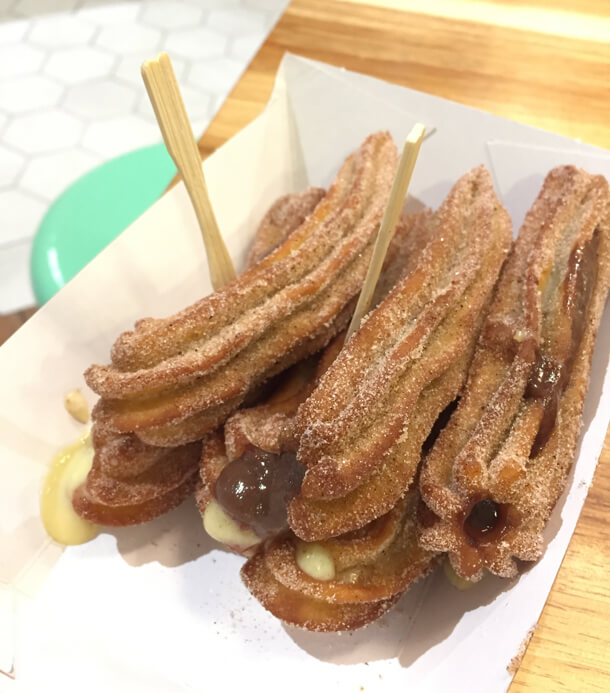 When we were not enjoying our hotel or the warm ocean waters in Umhlanga we were taking in the tourist vibes in Durban itself. We spent an entire day at the uShaka Marine World taking in the Aquarium, a Dolphin Show and then enjoying the rest of the day at the uShaka Wet and Wild, a water park for the whole family which I had to tear my little one away from even after hours of fun. Since you spend the whole day hear moving from one water feature to another, lockers are provided for your clothes and valuables. I didn’t want to risk my phone getting wet and subsequently have no photos of my own to share. This is great fun and I would do it again in a heartbeat. Take sunscreen, money for food and drinks (very little halaal) and minimal clothes and baggage as the lockers are small. 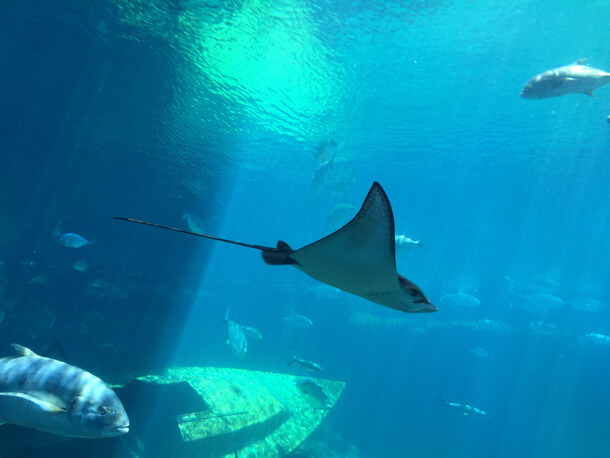 We also did a bus tour of Durban with the Durban Rickshaw. This is a good option if you want to cram in a lot of Durban in a short time. It has live commentary on the bus via speakers so you get some history and relevant information of the various places you are seeing. It’s about 3 hours and includes 2 stops on the way. At 5years T was able to manage this well. And the one toilet stop at the mall was sufficient.

Part of the tour included a drive down Florida Road which has become somewhat of a design and foodie hub in Durban. We later tried RJ’s on Florida Road for their well known ribs as well as Continental Butchery and Deli, yes, a butchery which has re-invented itself with a really unique offering. Think butchery, deli, market, eatery, sweetmeats and Jumuah lunch all rolled into one. A full review on this one is coming really soon. We also tried a cute little place in Westwood Mall called Papparoti. Their trademark dish is a cute little coffee crusted bun filled with melted butter and dressed up with all kinds of sweet sins. Check out my post on that here. 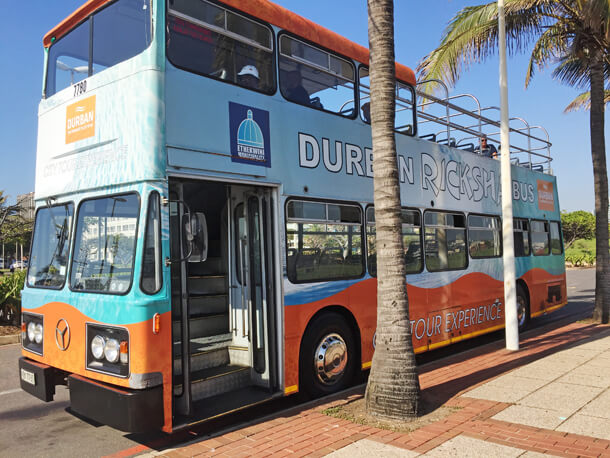 The second part of our stay was at Cabana Beach Resort, also in Umhlanga. While both resorts are part of the Tsogo Sun group and rated at the same level, I felt this resort was not on the same standard as Umhlanga Sands. Service was great but the general feel of the hotel is older and it could really use a revamp. The rooms were great but the common areas felt dated. With much the same setup in terms of activities for the kids there was always something to do but again very little in terms of halaal available at the hotel restaurants. Both hotels have direct access to the beach which is a great plus.

This post has taken longer than I was expecting so I’m splitting it into two parts. Do tune in next week for more on our trip and lot’s of hints and tips if you’re planning to go there soon.