2018 has been monumental in the halaal scene in South Africa. We have seen more restaurant chains recognise the benefits of going halaal and accessing the untapped Muslim market. Iconic brands like Colcacchio and Vida e who have been around over 20 years without a halaal store both converted some stores this year.

The surge to halaal comes after the Western Cape government realised the potential of the global halaal economy and started making a concerted effort to tap into it. They even launched the inaugural Africa Halaal Week this year to promote South African businesses with halaal products to the export market. At the end of the day, money talks and it’s all about them profiting from this. But it does mean that there are now more and more eating out options for Muslims. And who would not be in favour of that….

Every year we run a poll to find out who our readers think is the best restaurant in Cape Town. Insha Allah, soon we hope to do this in Johannesburg and Durban too. 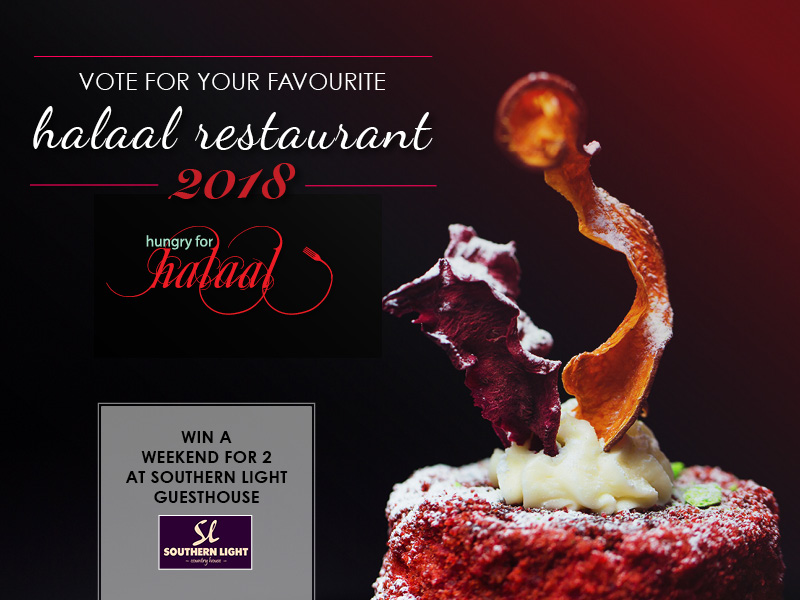 Only one vote per person. All you have to do is:

The competition will be running on social media as well. So look out for it and get your entries in. Competition closes 31 December 2018.