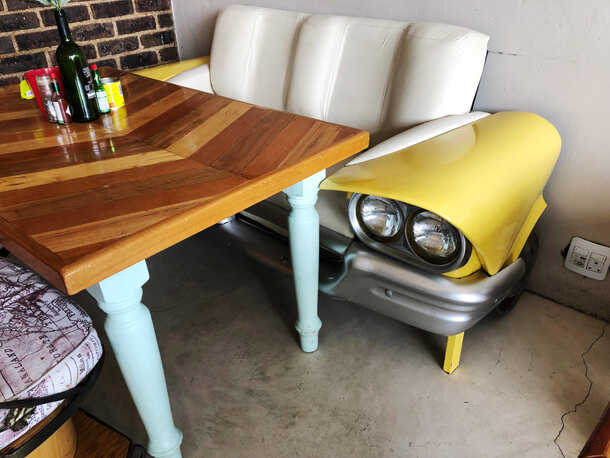 Update: Upcycled Café have moved to Atlas Road in Benoni since this review was written.

There are few places one goes to eat that captures the imagination with an unusual setting while simultaneously delivering a treat for the palate. Upcycled Café, in the heart of Benoni is one such place that if you’re travelling to Johannesburg would be a tragedy to leave off your gastronomic roadmap.

I had come across this café online and was immediately intrigued by the upcycled inspired décor. So when I visited the City of Gold in March, I simply had to pay a visit. Halaal spots are typically centred around South and Central Johannesburg in places like Fordsburg, also known as ‘Foodsburg’ or in Lenasia, a predominently Muslim area. The more affluent areas like Sandton and Houghton are also seeing a rise in the amount of halaal venues available. So it’s unusual to find a destination spot like Upcycled Café in the East and in Benoni no less.

I call it a destination spot because it’s not the kind of place that you just go for the food. The creative owners have poured their energy into every piece of furniture and décor in the place. It’s where the ordinary has gotten a little ‘extra’. Every item of furniture has been repurposed from something that may have just ended up in the scrap yard. Think of a loveseat for 2 made of an old 1950’s style car fender. Chairs fashioned from vintage wooden cooldrink crates made comfortable with bright pillows and fabrics. Consol glass jar lights suspended into a chandelier made from an old distressed wooden coca cola box. The walls are peppered with with box mounted photographs of scenes from their journeys overseas. There is simply no end to the visual stimulation.

An examination of the menu was very short because I took one look at the breakfast options and knew immediatley what I wanted – Masala Eggs like Grandma use to make – Spicy Scrambled eggs served with a side of spicy potoato, sausages and a Puff Paratha. Was there even a choice? I think not. Zulfi had the Hipster Heaven which was Avocado Toast on wholegrain topped with flaked Hot Rock Salmon, 2 poached eggs, pickled purple onion petals and toasted seeds. Both of these dishes were standout dishes on their own. The Masala eggs had lots of dhanya in it and the potatoes flavoured with whole mustard. The sausage which I am picky about was very good but I do find that sausage and cold meat products from Johannesburg and Durban are generally better than in Cape Town. The paratha, flaky and buttery. This was comfort food at it’s best and sure to lift the spirits of anyone missing mom’s cooking. Not badly priced at R80. The Hipster Heaven Avo toast was delicious but in a much more fresh and healthy way. The saltiness of the salmon went down well with the creaminess of the avo. I felt the poached eggs were just slightly overdone. I like them quite runny. But the toasted seeds were divine. Almost pralined and generously sprinkled over the top. This was R85. The menu also includes burgers, pizza, light meals, bruschetta, sandwiches and mocktails.

I found the location of Upcycled Café a bit unusual. This type of creativity and attention to detail is more typically found in upscale malls and hippie suburbs. So being situated in an old retail building next to a bakery (Lazeeza’s, also owned by them by the way), a pharmacy and supermarket/takeaway behind a mosque in Mackenzie Park felt a bit incongruous. After striking up a conversation with Saaleha, the owner and creative brain behind it all, I learned that are soon planning to move to a new location on Atlas Road in the Benoni area.

Saaleha had brought out some sweet treats which was displayed under glass domes on a table at the counter to entice you into something decadent after your meal. Lord knows, it doesn’t take much to twist my rubber arm and before you know it I had added a ricotta and lemon tea cake, honey and orange blossom madeleine and a spicy tea to round off breakfast. At this point, it stops becoming breakfast seeing that it includes dessert right? Both items were artfully presented on their plates and the tea was served in an on trend clay teapot. The lemon and ricotta tea cake was light and delicious, and I could taste the orange blossom honey that the madelein had been syruped with. The tea could have been spicier but I enjoyed it and the teapot held enough for me to have a cup there and still take a full second cup with me in a paper cup. I wasn’t being cheap. You just don’t waste masala chai. 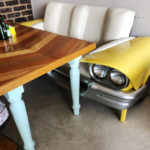 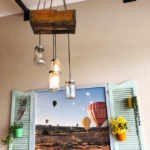 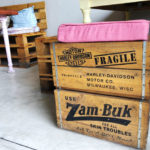 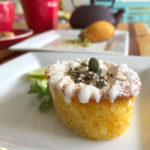 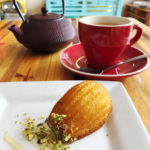 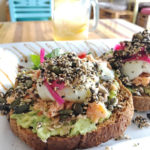 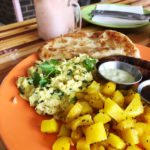 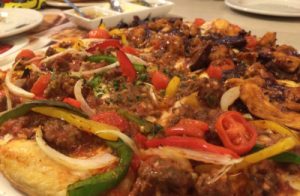 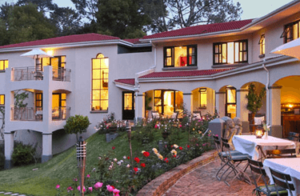 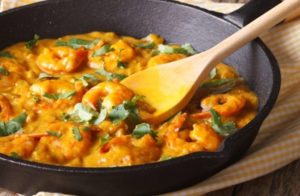 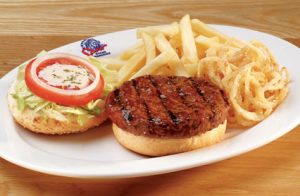 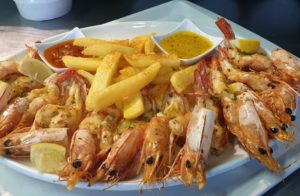 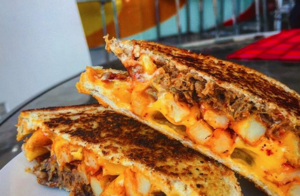 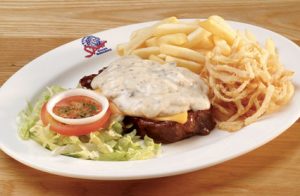 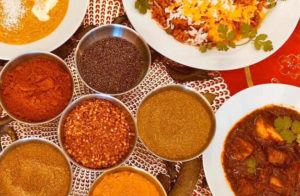 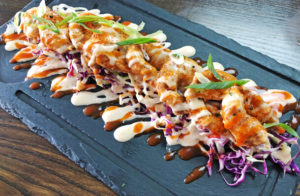 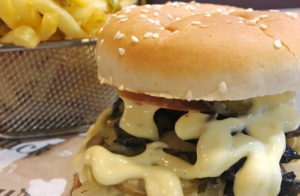